When designer Ramon Middelkoop noticed a hobo in a subway carrying a crumpled paper bag he kept this image in his head until the right moment came.

Once the moment was there, everything came together like magic : the zeitgeist, the design and the collaboration with MYoMY turned out to be the success formula for the design of the MY PAPER BAG.

The image of the hobo in the subway never left Ramon. The paper bag had been used so many times that it looked completely battered, “that’s what gave it its beauty: time had given the bag unique features that only made it more beautiful.” Ramon came up with the idea of ​​translating this into a sustainable version, which would only become more beautiful by using it often. A logical material choice for Ramon was leather: “This has the same unique features, it is also marked by use. But it is much stronger than paper and lasts much longer.”

The moment when Ramon could put his idea into practice came when Marja Baas, founder of MYoMY, contacted the Design Academy. Ramon had already graduated and was invited as an alumni, together with a number of other designers, to sit down with Marja. At that time, Marja was looking for a designer who could help her with new designs for her sustainable webshop (Goodforall, which later changed to MYoMY). Marja eventually chose Ramon’s design for the MY PAPER BAG.

The first models of the bag were, just like the design, simple and made out of paper and cardboard by Ramon. Eventually, the first leather samples were produced on a fair trade basis in Kolkata, India.

In 2008, the MY PAPER BAG was also noticed by a journalist who wrote a praiseworthy article in de Volkskrant. From that moment on it goes fast. Within a few weeks, more than six hundred people are on the waiting list to get the bag. “It was a magical moment when everything came together. That I met Marja, that she had those plans, that I had that idea and shared it with her, that people became more aware at that time and that all of this was subsequently underlined in Milou van Rossum’s article in de Volkskrant. In addition to the MY PAPER BAG, the MY CARRY BAG also emerged from an idea by Ramon, which he based on the contours of a plastic bag.

Although Ramon has several bag designs on his name, his background is not in fashion, but product design. For example, he designs a wide range of products, from furniture to toys. Despite the diverse palette of designs, there is a clear common thread to be discovered in all his designs: “As a child I made a lot of cartoon drawings. At that time I was already working on a simplified representation of reality. That is what you can recognize my designs by, the combination of simplicity and surprising elements. This is also reflected in the MY PAPER BAG. You can also see exactly how the bag is put together. Other bag brands wouldn’t do that so quickly, they would finish it more. But it actually gives a certain transparency, that fits well with the story of MYoMY .” The story behind MYoMY is one of the things Ramon appreciates about the collaboration: “MYoMY is sustainable from the start. Back then there was still a tree-hugging imago, but now it is fortunately almost standard.”

Ramon’s design is to this day one of the most iconic designs within the MYoMY collections. And although Ramon now also collaborates a lot with other clients, he remains involved with MYoMY and the collections to this day. 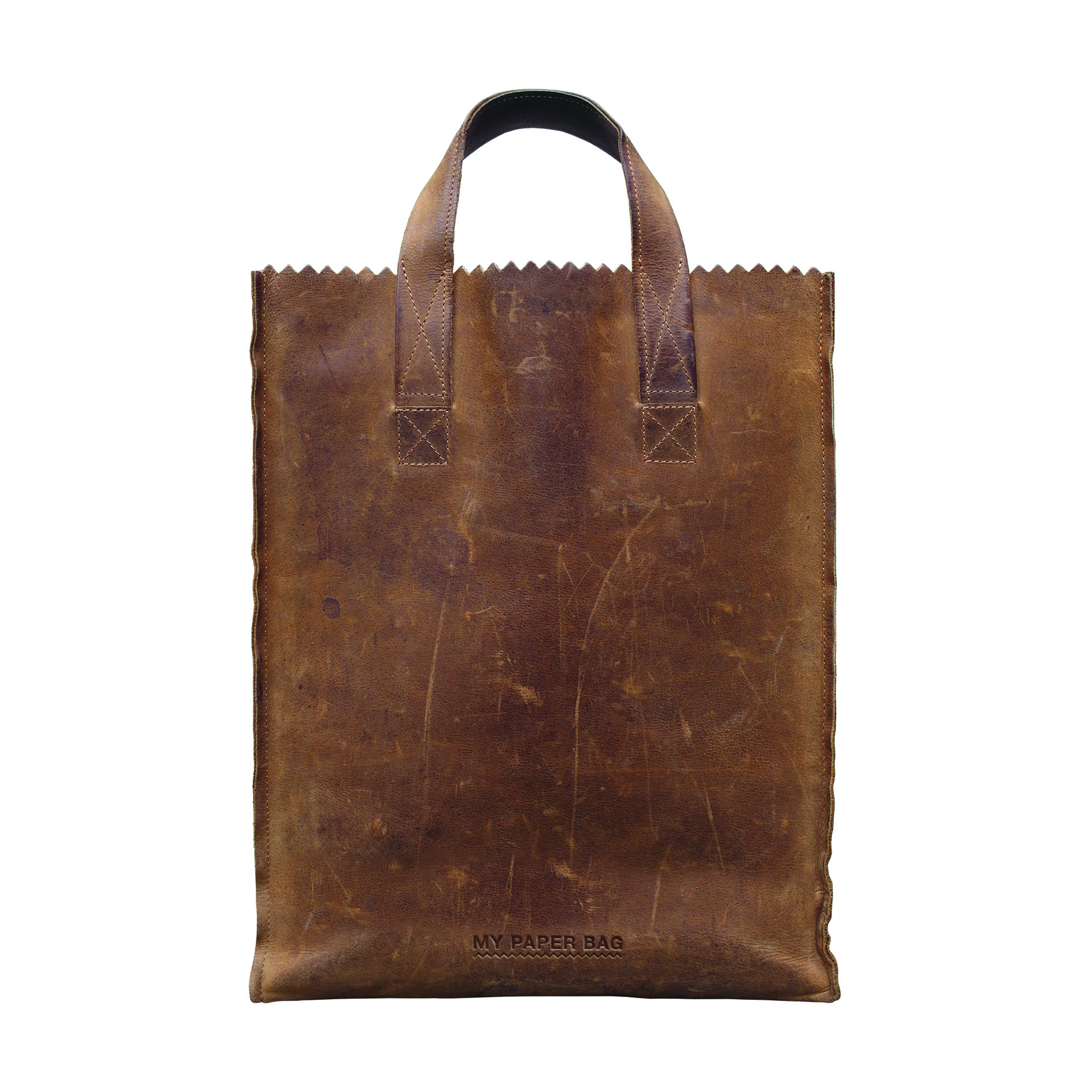 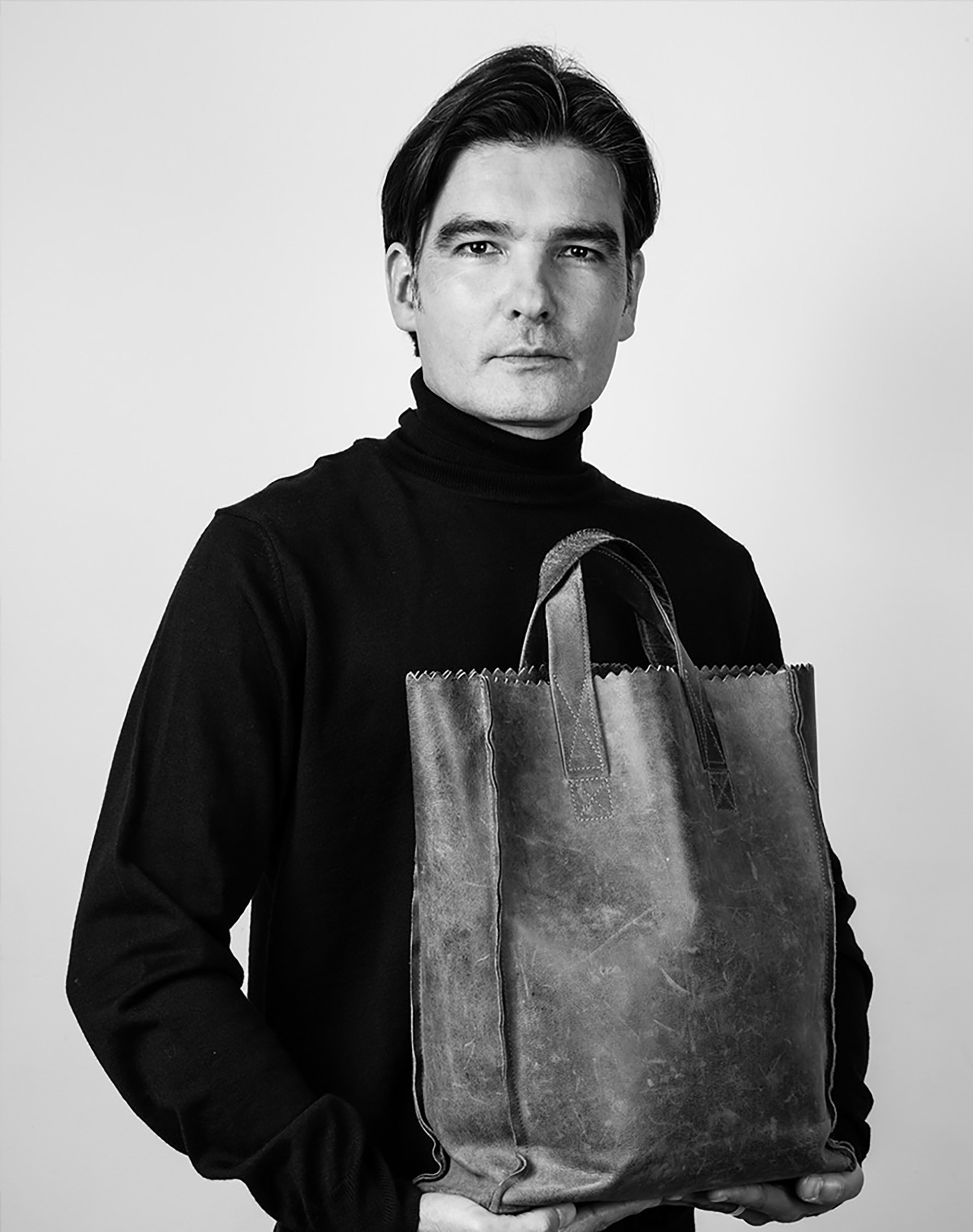 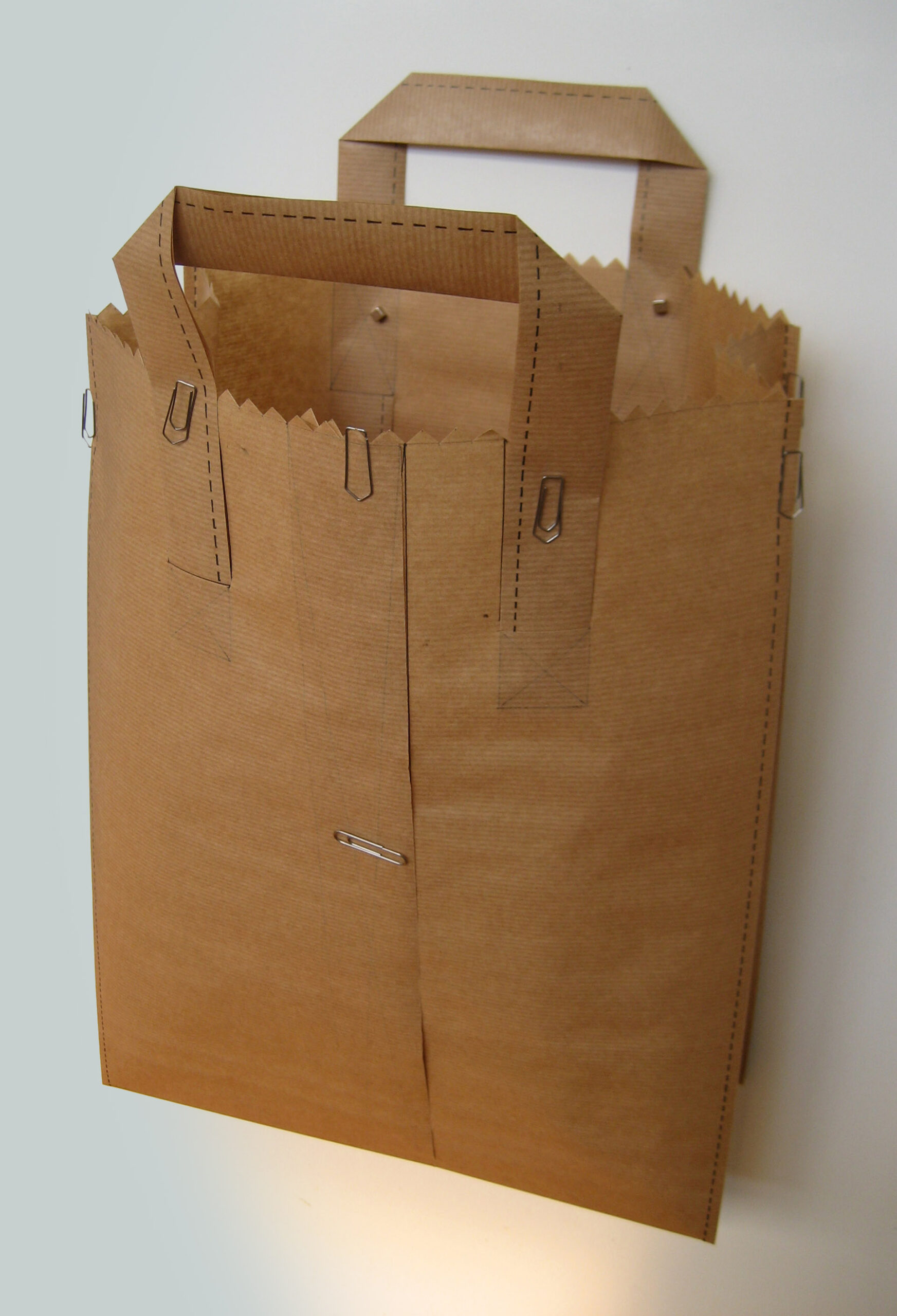